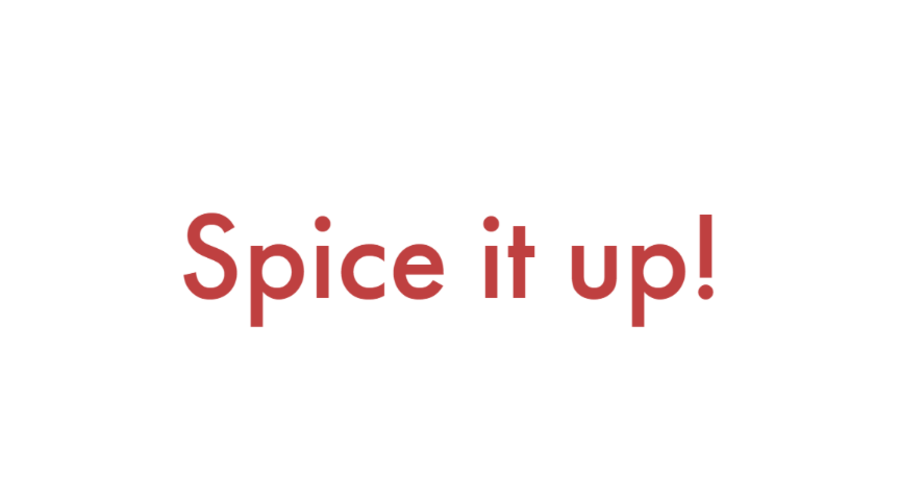 Just thinking about the amazing flavours that spices bring to food has got us in the mood to cook!

Recipes have a long history of using plants to flavour food, both herbs and spices. Herbs are plants that have a soft stem and are used in cooking and medicine. Spices are all about flavouring and are made from part of a plant such as it's fruit, seeds or roots. These plant parts are usually dried and often made into a powder.

Herbs usually grow in termperate climates, while spices grow in tropical regions. Some plants, like cilantro, can be used for both herbs and spices.

Sourcing from the article "A Brief Wild History of Herbs and Spices" we find the first evidence of spices being used back in 5000 BC. 3000 BC shows they were used extensively such as in ancient Egypt for ceremonial purposes like embalming. Egyptian texts note using cassia and cinnamon, which indicates that spice trading was in existence at the time, as both spices originated in Asia. In 2700 Emperor of China Shen Nung had a catalog created, listing over 365 "herbal" medicinal plants. 1500 BC saw the creation of the Rig Veda, an ancient Hindu scripture that describes over 1000 medicinal plants.

As the use of herbs and spices took hold in the Mediterranean, they furthered medical knowledge and prized ones fed Roman Emperors. The Crusades introduced Europeans to spices, who soon started to demand them... for aphrodisiacs. Venice and Genoa became the epicentre of the European spice trade in the 1350s, and Christopher Columbus brought spices new to Europe from the Caribbean in the 1450s. At that time, the invention of the printing press, books were created to help spread knowledge of the use of herbs.

We do have a selection of prepared spice packs from Gourmet Village at the store, as well as Salt Spring and Cole & Mason selections. You will find an amazing selection of cook books to help learn how to cook with spices and explore international flavours. Visit us at 12539 102 Avenue, Edmonton, AB, to shop the full selection!