Bringing images of summer fun and fruity concoctions, the pineapple represents warmth and fun times! Did you know that pineapples originally come from South America and, for a time after being brought to Europe, rose to prominence as a status symbol? Let’s delve into a quick history of the pineapple!

Pineapples are believed to have originated in Brazil and spread across South & Central America as the Tupi Indigenous peoples moved about the continent and to outlying islands. With the arrival of Christopher Columbus, the pineapple was introduced to the sailors, who then loaded up their boats with the fruit to take back home. Most of the pineapples did not survive the voyage back to Europe, resulting in one remaining pineapple being presented to the Spanish court. Queen Isabella so loved the fruit that it quickly became a hot item to serve at gatherings. As it was so difficult to obtain, only those with the best connections and wealth were able to serve pineapple. Those who were looking to impress without destroying the fruit would actually stage their pineapple on their mantelpiece to show their wealth.

The Spanish and Portuguese called the fruit pineapple as it reminded them of pinecones. Eventually Europeans were able to produce small batches of pineapples in hothouses, which began in the 19th century. Eventually Portugal was able to grow the fruit in the Azores region. The development of canning and improvements in shipping and multiple growing locations has brought the cost of pineapple production to the point where everyone is able to enjoy pineapples!

We have a fun variety of pineapple themed products in the store, located at 12539 102 Avenue, Edmonton, AB. 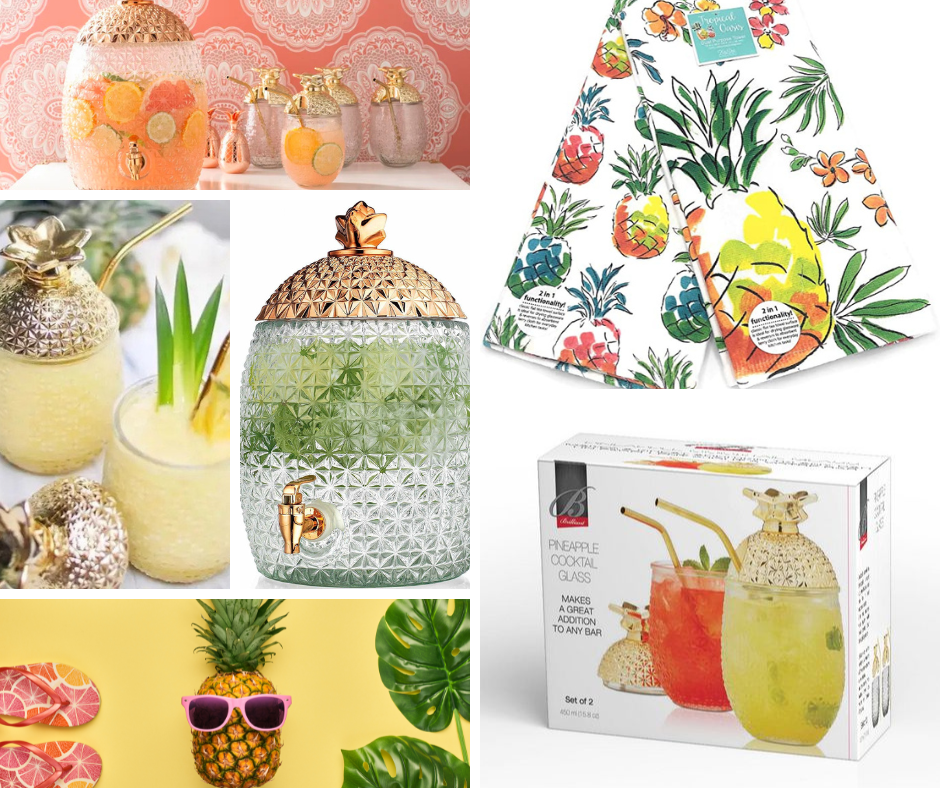