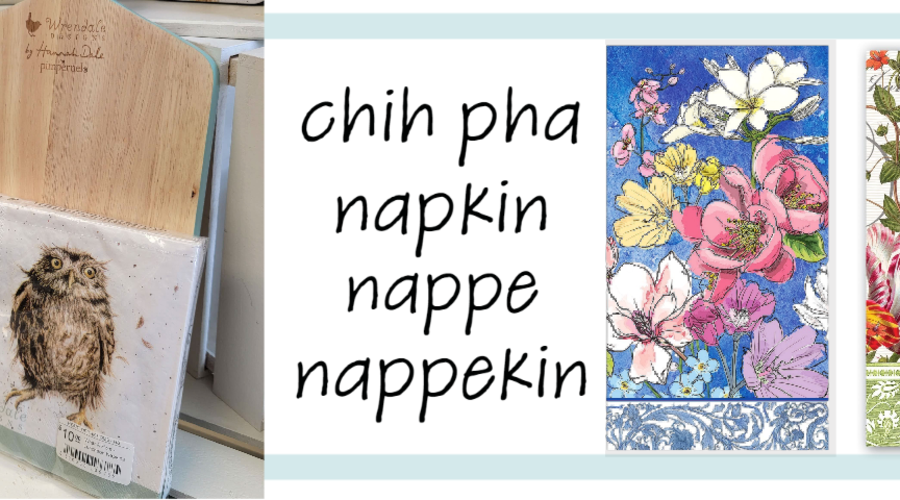 History of Napkins - it's an adventure through history!

Paper napkins are always a fun accessory to add to your table for parties! You can even treat yourself to a pack of beautiful napkins to upgrade the look of a regular everyday meal.

There has always been a need to wipe our fingers; back in ancient Greece they used apomagdalia, which was bread pulled from inside the crust and used to soak up the food from their fingertips. Rome carried this habit forward and we have to admit, this is a delicious and efficient way to keep tidy while eating!

As Western society moved forward in time, countries sharing their languages also shared their social customs. We can see this with the use of the word napkin comes from Late Middle English of the 14th century - nappekin - which itself came from old French - nappe. Pieces of cloth were used for wiping hands at mealtimes. The origin of cloth napkins may have been inspired by a story about Leonardo DaVinci. The story says DaVinci was aware that the Duke of Milan, Ludovico Sforza, was in the habit of tying with ribbon live rabbits to guests chairs. When DaVinci was invited to a party, he showed his disapproval by bringing pieces of cloth and handing those out to fellow party-goers, telling them to use the cloths instead of the rabbits. The source of this story is questionable, coming from a 1987 book published on April Fools Day (Leonardo's Kitchen Notebooks (1987), by Jonathan Routh and Shelagh Routh) but sure makes DaVinci look good!

Paper napkins themselves originate from ancient China, when paper was invented in the 2nd century. Chih Pha, folded paper square napkins, were used for serving tea. The historical accuracy of this is backed up by documents describing the possessions of the Yu family from the city of Hangzhou.

And when did North America start getting in on using paper napkins? They arrived in the late 1800s, but didn't pick up in popularity until 1948 - because Emily Post proclaimed that "It's far better form to use paper napkins than linen napkins that were used at breakfast."

So, instead of using a live rabbit at tea time, come visit our store at 12539 102 Avenue, in Edmonton, AB, and check out our delightful selection of paper napkins (last I saw there were Wrendale napkins with bunnies on them!) for your next party's table setting!