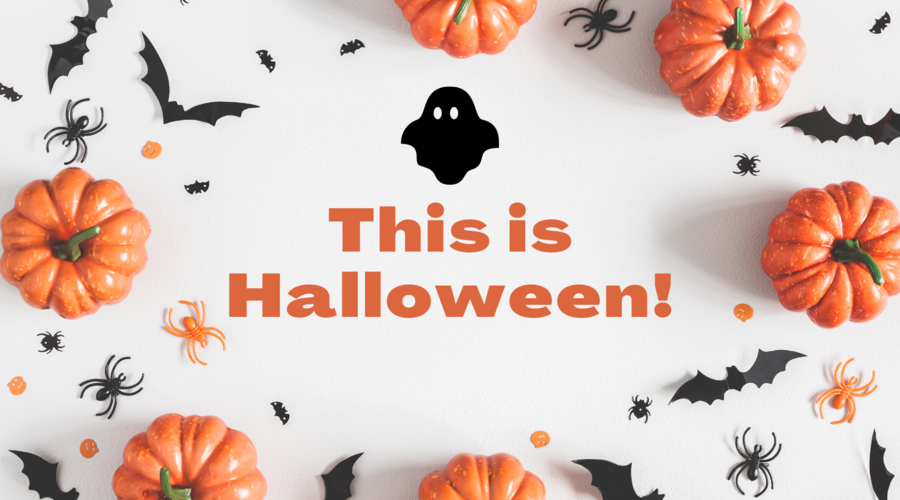 Halloween as we know it is a very North American tradition, with the first Halloween parties being celebrated by English Puritans who observed Samhain. The celebrations shifted over the years, becoming play parties, with people gathering for costumes, reading fortunes and telling scary stories on "All Hallow's Eve".

So just what is Samhain? This ancient Celtic festival consisted of bonfires and constumes to ward off ghosts, and was celebrated over 2000 years ago in what is now Ireland, England, Scotland and northern France.

The Celtic New Year was November 1st, and marked the end of harvest and the beginning of winter - cold and dark, and often associated with death, including human death. The Eve of the New Year, Samhain, was when the boundary between the living and dead overlapped, allowing for the dead to return to earth for a spell. This magical evening could bring trouble and damaged crops, but could also bring predictions of the future by Druids. These predictions provided a sense of comfort, of knowing, for people as the Winter approached. At the start of the celebrations, folks extinguished their hearths inside their homes. Then Druids built huge bonfires, where people burned crops and animals as sacrifices, and the Druids typically wore animal heads and skins with the fortune telling. The bonfires were to scare off evil spirits. After the celebrations were over, folks would hollow out a turnip and place embers from the sacred bonfires inside, taking them home to re-light their hearths, bringing the blessings of the bonfires to their homes.

When the Roman Empire conquered a large swath of Celtic territory, Roman traditions were combined with the tradition of Celtic Samhain. Feralia, a Roman celebration set in late October, was a nod to the passing of the dead. The other was a day that honoured the Roman goddess Pomona, who ruled fruit and trees. It is thought this is where the Halloween game of bobbing for apples came from!

As Christianity entered the world stage, ancient traditions were adjusted, with the Celtic New Year being noted as a holiday to carry forward. Church-sanctioned, it became All Saints' Day on November 1st, followed up with All Soul's Day on November 2. All Soul's Day It took on the traditions of Samhains bonfires, with folks dressing up in costumes representing Christian saints, angels and devils.

With returning back to America and the play parties as mentioned above, All-Hallows Eve's was mostly popular in Maryland and migrant communities further south. As more Europeans moved to North America, they brought their traditions with them - especially the Irish.

Irish customs carried forward from Celtic times included dressing up as evil spirits. This was so if an evil spirit came across a live person dressed up, the spirit would assume they were also spirits, and let them go. For centuries, the poor would go door to door asking for food, kindling or money, and then take their collected for All-Hallows Eve celebrations.

All these came over to North America, and added in with the play parties, created a holiday that is uniquely American, yet carries a long history behind it!

A traditional dinner that is served in Ireland prior to heading out for an evening of fun and mischief is Halloween Colcannon.

• Add chopped cabbage to the reserved potato water. Cook 6-8 minutes or until tender.

• Meanwhile, fry the onions in the butter or margarine.

When they are cool enough to handle, mash potatoes with a hand masher or fork.

• Add the fried onions and cabbage.

• Add milk, salt, and pepper and beat until fluffy.

We hope you have enjoyed this brief history of Halloween, trick or treating and let us know on our socials if you try out the Halloween Colcannon recipe!