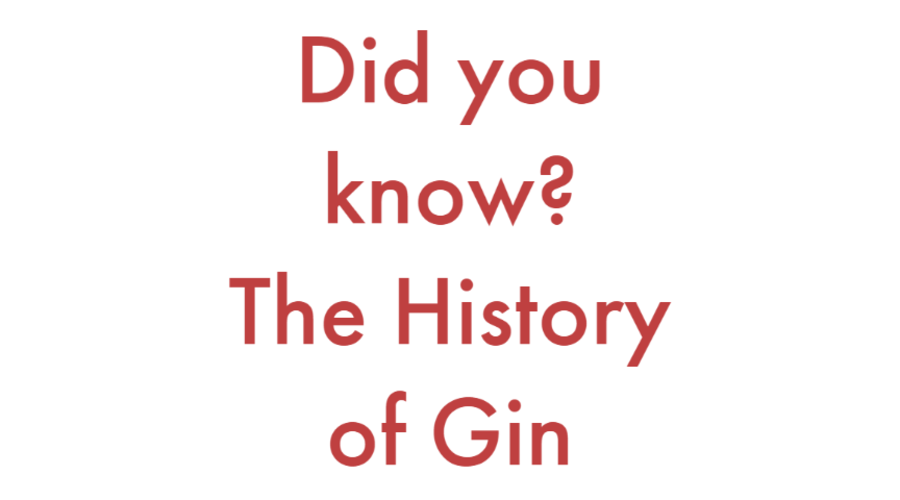 Did you know? The storied history of Gin

We carry Ceder's Non-alcoholic Gin at our store, which made us curious about the history of gin.

The core ingredient of Gin is juniper, and it has been mixed with alcohol dating back to 70 AD. Juniper berries were infused with wine to treat chest congestion.

It began with Genever

In the 16th century, a Dutch spirit called "Genever" began appearing, still infused with malt wine and considered medicinal. But being medicine didn't last long, as by 1714, the word "Gin" appears in a British book, ‘The Fable of the Bees, or Private Vices, Publick Benefits’ by Bernard Mandeville,”.

Co-owner of gin distillery The 86 Co, Simon Ford, quotes from the book ‘The infamous liquor, the name of which deriv’d from Juniper-Berries in Dutch, is now, by frequent use… shrunk into a Monosyllable, intoxicating Gin.’ Likely the word Genever was shortened to "Gen", which then with usage over time was anglicized to "Gin".

So how did a Dutch medicinal concoction become a not-so-good for the people party spirit in England?

England's King in the late 1600's was William III, a Protestant Dutchman originally known as William of Orange. His reign brought protectionist political blockades against Roman Catholic France and their wine and Cognac. He also instituted "Corn Laws" which provided a tax break on spirits production, resulting in a free for all. Gin was cheaper than beer! So England's poor began to drink more - a lot more - gin simply due to economic reality. High society sipped more responsibly with an eye to the socially fashionable impact of gin consumption.

1731 saw the development of "Frost Fairs" and the "Gin & Gingerbread" phenomenon. Crowds would gather to market stalls along the Thames and enterprising, non-regulated, distilleries would sell their gin to the enthusiastic buyers, with negative results for the consumers. So regulations and taxes were brought in and eventually beer made a comeback for a bit.

A revolution in safe production

In 1830, gin maker Aeneas Coffey introduced a new still that revolutionized the production of gin around the world. With this huge increase in purity and safety, and the growth of England's empire around the world, the British Navy carried bottles of London Dry Gin for it's crews. Gins portability, stabiltiy - it's shelf life - was substantially better in the tropics compared to beer, which spoiled quickly in the heat. As Malaria was prevalent in so many of these places the Navy was travelling to, sailors carried quinine to help prevent and fight the disease. Quinine tastes aweful, so Schweppes created a tonic water to make it taste better.

Eventually Schweppes "Indian Tonic Water" was combined with the London Dry, and a lime was added to offset scurvy. Hence the classic gin cocktail was born!

Coridals were created to preserve the limes, and the cordials and gin were combined to create the Gimlet.

Having come through such a varied - and dangerous - history, Gin has survived to become a cult classic for cocktails and a craft cocktail ingredient.

And the best part is that you can imbibe in the non-alcoholic version of gin with Ceder's - shop our online store or come visit us in person at 12539 102 Avenue, Edmonton, AB.